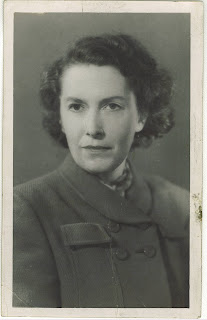 Grace Williams is the most notable female composer from Wales and was the first British woman to score a feature film. She was one of the most prominent composers to have emerged from Wales during the twentieth century.  She wrote some beautiful oboe solos in her orchestral works, for example Penillion, Ballads and Fantasia on Welsh Nursery Tunes, for orchestra. In the 1967 New Year’s Honours List, she turned down an offer of the OBE for her services to music.

Carillons was commissioned by the Welsh Home Service of the B.B.C. for ‘Auditorium’ who requested “something light-weight and entertaining”. She wrote Carillons in 1965 and it was premiered in Llandaff, Wales, 1st March 1967 by Philip Jones (Principal oboe of the B.B.C. Welsh Orchestra) and the BBC Welsh Orchestra, conducted by Rae Jenkins.

In 1973 Williams revised the work and added a third movement, providing a rhapsodic and cadenza - like bridge between the second and last movements. This new version was recorded in 1974 by oboist Anthony Camden and the London Symphony Orchestra, conducted by Charles Groves (HMV ASD3006 - 1974; re-issued in 1995 - Lyrita SRCD3231).

Since beginning my research on Grace Williams and Carillons, so far I have discovered that the piece was also performed (all with the original handwritten parts and score) by other past B.B.C. Welsh principal oboists (possibly during the late 70´s, early 80´s), David Theodore and Gordon Hunt.

Last year when I discovered the 1974 recording of this piece, I contacted the publishers, Curiad, in order to find the score. Strangely enough, a new printed edition of the work was being prepared at that moment. Since then I have been working with Ruth Myfanwy and Mary S. Jones at Curiad on the oboe part in the new edition. The score for a newly edited oboe and piano reduction, originally written by the composer herself, will be available very soon at Curiad

This charming work is written for solo oboe, strings, brass and percussion. It is a light and interesting piece which lasts 10 minutes long. The use of high pitched percussion creates the bell - like sounds which inspired the title of the work and as a result of not including woodwind instruments in the accompaniment, the oboe voice is heard distinctly.

I enclose an interesting interview with Grace Williams published in the Tŷ Cerdd website: Grace Williams interview where she mentions Carillons and explains that she had a "soft spot" for the work and describes the oboe as her "favorite woodwind instrument".

This week I will be performing Carillons during the 51st International Double Reed Society (IDRS) Conference, held at the University of Colorado Boulder, USA (https://idrs2022.org/performers/sarah-roper/).

Many thanks to Ruth and Mary at Curiad, Ethan John Davies at Tŷ Cerdd, Graeme Cotterill (author of "MUSIC IN THE BLOOD & POETRY IN THE SOUL? National identity in the life and music of Grace Williams") and the following colleagues for their help during my research on this work (more detailed article to follow soon...): John Anderson, Michael Britton, George Caird, David Cowley, Sarah Francis, Gordon Hunt, Celia Nicklin and David Theodore. 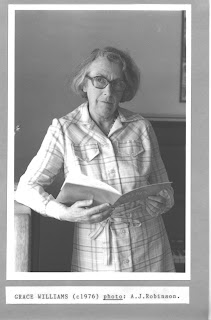 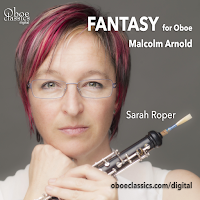 Fantasy for Oboe by Malcolm Arnold 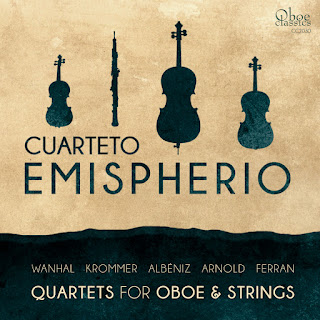